Though slinky coil is commonly used to demonstrate transverse and longitudinal waves, you must not quote it as an example for either of the waves.

Click here to see the simulations of transverse and longitudinal waves.

One amendment done – Mobile communication should be using microwaves. 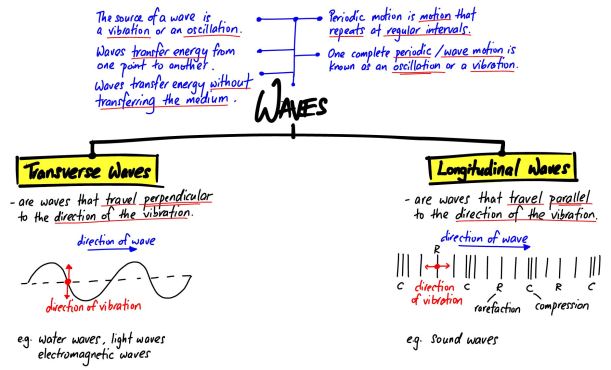 Click here to view the simulations transverse and longitudinal waves

Students are confused when they need to visualise what is the direction of the particles the next moment of the wave. There is a simpler way solve such question.

To know what is the motion of the particles as a transverse wave passes through, click to view the question and the video tutorial.

Click here to view of a question asked on rope wave – how should you move your hand to create different waves. 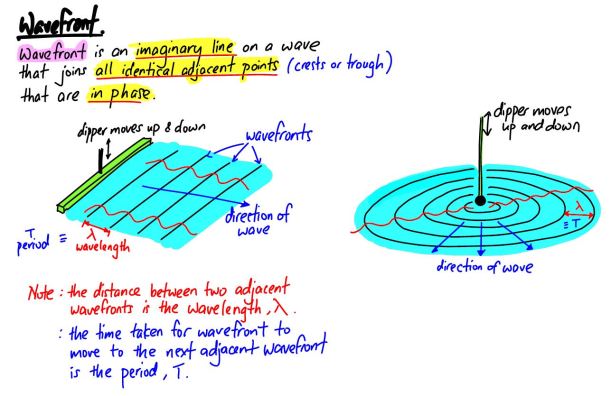 Click here to know more about wavefronts created in a ripple tank. 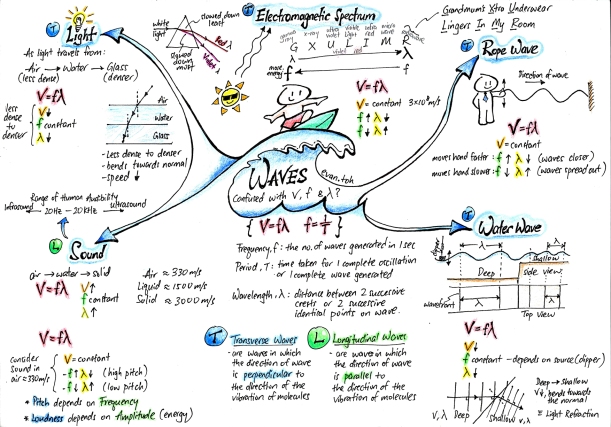 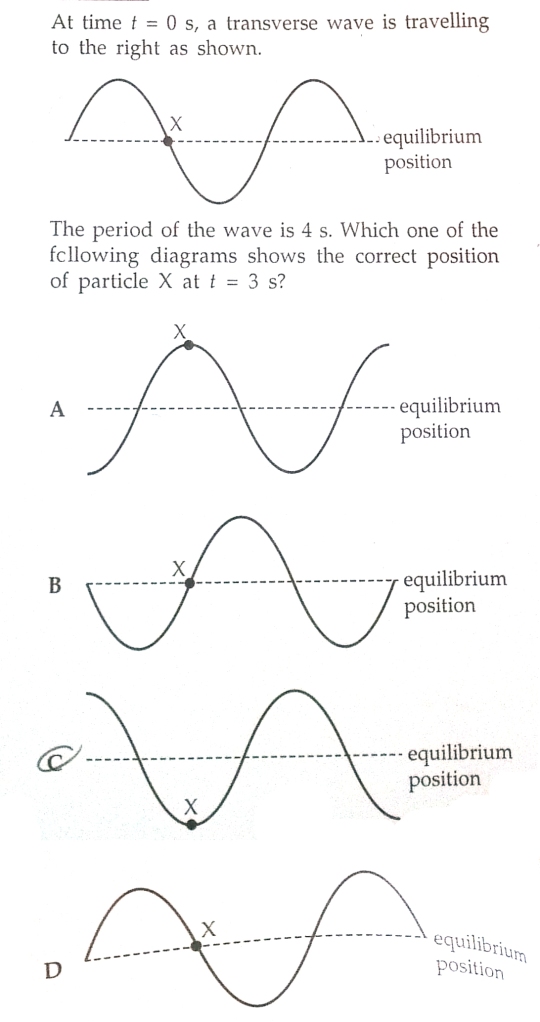 As Pie is vibrating the rope up and down as shown, creating a transverse wave.

With only vertical displacement (no forward displacement/force is applied to the rope), the speed of the wave is constant.

b) When the frequency is doubled, what can you say about the wavelength?

Wavelength will be halved. (recall wavelength is inversely proportional to frequency)

c) If Pie wants the waves to be closer, how should he move his hands?

He should increase the speed in which he moves his hands up and down, hence increasing the frquency.

d) If Pie wants to achieve a frequency of 2 Hz, how should he move his hands in order to achieve that?

He should move his hands down and up 2 times (2 complete waves) in 1 second to achieve frequency of 2 Hz.

e) If Pie wants to have a higher amplitude, how should he moves his hands?

He should increase the vertical displacement of the hands to achieve a higher amplitude.